One Segmentation Secret to Influence 98% of Prospective Travelers

With the right technology and best practices, travel businesses can get to know the consumer and her needs.

For many consumers, January is a great time to travel. With the exception of Martin Luther King, Jr. Day, there are no holidays, federal or otherwise, so prices are low after hitting their peak during Thanksgiving, Christmas, and New Year’s travel period.

While January is a golden opportunity for budget conscious travelers, it presents a challenge for revenue-minded travel retailers. (And aren’t all travel retailers revenue-minded?) With so many people searching online for flights, hotels, and other travel-related purchases at this time of year, how can travel providers figure out how to best market to them?

The first step, as Socrates once said, is to know thy audience, which is easier said than done because a whopping 98% of your visitors are anonymous. But there are tactics that will help you unmask these anonymous visitors that also work for the users you know well. The best, albeit infrequently discussed, strategy for getting the most out of the glut of travel consumers comings to your site is audience segmentation.

Philip of Macedon, father of Alexander the Great, allegedly established the  “Divide and rule” dictum. And what works in military campaigns across the ancient Near East also works in eCommerce in the 21st Century. Divide your audience into usable segments and then conquer them, not by the sword, but with relevant messaging and deals.

Break It Down: Slice and Dice Your Audience

How you break down your audience depends on what you know (or don’t know) about any given user. If you know that a visitor is a luxury traveler, you don’t want to target coupons and budget travel options towards them (even during January, the most budget-conscious of travel months). This might make your product seem less-than-luxe to someone who doesn’t mind spending some dough on a high-quality vacation. Highlighting inexpensive inventory might lead them to question your brand’s relevance to them and their needs. You don’t want a luxury shopper to think of your brand as cheap, even during a sales period. Properly segmenting your audience not only leads to higher yields — if someone buys an expensive package instead of a reduced priced one, you earn more revenue — but also maintain your brand identity with each particular user segment. Audience segmentation allows your brand to mean different things to different groups.

In a similar vein, you don’t want to target expensive packages to the budget conscious user who has historically purchased flights at the lowest possible price point, which might turn them off to your site and offerings.

Anonymous Users: Getting to Know Users You Don’t Know Anything About

Every time a user lands on your site, you want to address them as though you know something about them, not like they’re an unknown alien species visiting you from outer space. This is still true even if you know nothing about them. 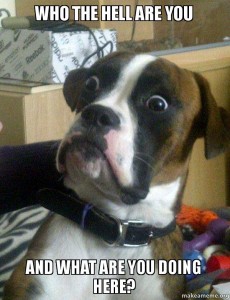 But how do you target relevant content to a user you don’t know anything about other than what type of device they’re surfing your site from? Fret not. You can still target relevant messages to anonymous users. For a consumer who hasn’t registered or hasn’t been to your site before, you can use anonymous third-party audience segment data from companies like Oracle BlueKai in order to direct the most relevant deals to them. For instance, knowing that a user is married, a homeowner, and has children (by drawing data from other sources) suggests that this person might be in the market for a vacation package with kid-friendly amenities.

Another important user segment that is incredibly important to travel retailers during the January travel period is weather-based. Using geolocation, you can target tropical vacations to people in chilly ZIP codes and skiing trips to consumers searching from sunnier and warmer climes.

The following is a demonstration of other audience segments that are highly valuable to travel sites:

“Travel, even in the 21st Century, is still inconvenient, anonymous, and uncertain. There are pain points all along the process,” Frits van Paaschen, the former CEO of Starwood, said. But with the right technology and best practices, travel businesses can get to know the consumer and her needs. Even if they have no idea who that consumer is.

More articles related to this topic

Most Popular in A/B Testing & Optimization